It hid stains. I could spill food or blood on it, and no one was the wiser. No way. Everyone would gasp and point. I glanced down at my black army boots, made for kicking in teeth. Paired with my black leather pants, decorated with scuff marks and four parallel lines from when a mark had tried to rake me with his claws last month, I looked fierce. A bad mama-jama.

I had a freaking gun strapped to my leg! Intent on getting to the bottom of this, I adjusted my bra. A catcall came immediately. I swung a glare toward the source, a man in his early twenties loitering in a bar doorway. In a power stance, I faced him dead on, letting my glare amp up until I was sure crazy sparkled within my eyes.

The man flinched. His drink slopped out of his plastic cup and down the front of his shirt. Instead, he started sidestepping back into the bar, his smile twisting into a grimace. 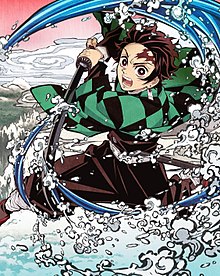 With a glance back at the girl, who took a running leap and splashed into a puddle, I continued on my way to the edge of the French Quarter. I had a mark to pick up and money to collect. Soon it would get unbearably hot in New Orleans, and Mama needed air conditioning. I turned a corner, away from the half-flooded, busy street.

Clouds still spotted the sky above, blocking out stars in patches. The earlier deluge of water from the spring storm would hopefully continue to seep into the storm drains, making my hunting ground more pleasant to navigate. Wet boots really put me in a bad mood, and I refused to wear galoshes. I had to have a little pride in my badassery.

Tourists and partygoers dotted the way ahead, this month a little slower for visitors. When summer revved up, the jeering crowds would flood the street.


It would be my cue to avoid the area. Up ahead, jazz clattered out of a bar. A man backed out of my way and I caught sight of Red, a resident were-dog. He turned into a dog. A nondescript brown one, at that. His style points in the were-community were seriously lacking, hence his position as a snitch for Roger, the alpha of a bunch of sub-packs spread out across North America. When a magical person without a pack wanted information in this area, torturing Red was a great way to get it.

His escape route cut off, he threw a panicked look out at the street, where a police car was rolling by, before hunching down against the wall. Half the time they showed up to dog my footsteps, no pun intended, watching my movements for some clue as to what my magic was. What I was, basically. That meant they skulked around, trying to catch me doing something wrong. Their presence made people skittish, and my marks, who were usually up to no good and already skittish, often found somewhere else to be. The shifters represented the elves in the human world, policing the magical people to ensure our kind was kept secret.

I sometimes worked for the other type of law enforcement, a human-world office funded in secret by the U. Instead, the two groups were always at odds with each other. Hence my eternal annoyance with the shifters. Unlike Red, Jimmy did not flinch. No big deal. I scanned the dimly lit interior. Four people sat at the bar. Two were on their own and hunched over their drinks, and the other two were rehearsing for the horizontal ugly dance, hands all over each other.

Jimmy reached for their IDs. Brown eyes. He has a tattoo of a yeti on the side of his neck. The girls giggled for no reason. Jimmy returned the second ID and jerked his head for the women to enter. They giggled again, still for no reason. Did you lose a bet? The normal gig canceled an hour before they was supposed to be here. Jimmy was a merman, which had shocked the hell out of me. I constantly wanted to ask how procreation worked, since they did it in mermaid form, what with the fins and the man parts and all that, but he was very closed-mouthed about it.

All I knew was that he disappeared for a month out of the year to frolic in the ocean. Also, he hated when I used the word frolic. We got vamps. They came in out of the Realm. And an elder. He walked in earlier like he owned the world. Seems like they have an interest in your mark. Not yet. Been vamp sightings all over the place, though. Them little furries are in a tizzy. He meant the resident shifter pack, probably. Mostly wolves and one badger.

They were always the first respondents to vamp sightings in this area—under the Realm jurisdiction, anyway. Ignoring his protest, I slipped into the bar and immediately against the wall. Moving fast, I made it to the corner with the broken light fixture. Nice and shadowy. From there I had a full view of the first two booths and their inhabitants.

Baldy was sitting in the middle booth with a girl. She glanced around the bar with moving lips, her eyes wary. A forgotten beer sat at her elbow. Baldy sat opposite, his eyes on the strap of the handbag resting on her shoulder. He licked his lips in anticipation. Elders seldom acted directly, preferring to send their minions. So it was extraordinary for one to not only leave the Realm, but to actually follow a mark into a bar. I glanced at the last booth, seeing a shoulder.

The person sat with his or her back to the divider, on the other side of Baldy. Probably a man. One of my last.

The head in the last booth turned a fraction, his awareness now encompassing me, the chick who wanted to buy him a drink. Abnormally great hearing confirmed he was the vampire, and the fact that he could hear me over the racket of the band meant he was old. I shrugged. I hate working. Without giving her a chance to ask what I wanted, or if I actually planned to pay for my drink, I took off toward the middle booth.

I grabbed Baldy and yanked him to his feet. I punched him so as to daze him, which made people much easier to transport, and threw him over my shoulder. The woman shrieked, but I ignored her.